Is a safe haven for all the kids who grew up endlessly fascinated with the history, theory, and macroeconomics of money. We seek to understand the role of cryptocurrencies in this context—and share a desire to have fun learning and connecting with like-minded people. Learn More

This post is ported over from a foreword written by Manny Rincon-Cruz and Evan Kuo in reference to G ... 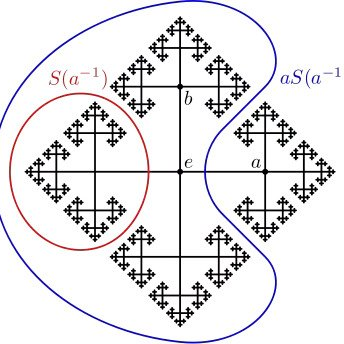 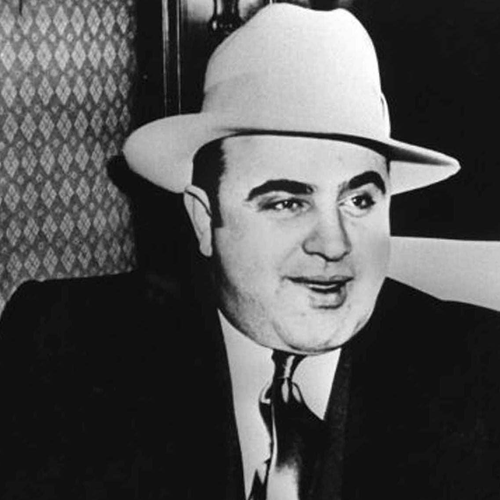 Is Bitcoin Trending From a Positive to Normative Economic Thesis?
By: evankuo
Take a normative position, make sweeping enemies, only then can you make a difference—I imagined Paul Krugman, dressed as a Jedi, repeating this message. He’s right after all, the world has changed. Ideologically colorblind statements rarely pierce the veil. Yet there are still truths to divine from differentiating between normative and positive economics, even for pundits like Paul. Unlike positive economics, which concerns itself with describing things “as they are”—normative economics is a perspective that concerns itself with value judgements of “what ought to be.” Undoubtedly, both lenses are important. After all, in order to navigate successfully we typically need accurate knowledge of 1) where we are, and 2) where we desire to be. Indeed, this interplay is well-captured in the course of policymaking. My point of departure here, is simply to ask whether we (the crypto community) are somehow imbalanced in our representation of normative-economic proclamations, compared to positive-economic questions. And if so, how might this imbalance be affecting us? We are the Birth of a New Virtual Nation We are a Future for Our World and Humanity We are Sentinels, Universal and Inalienable We are Creativity and Visionary We are Rights and Freedoms We are Tolerant and Accepting We are Polity and Entity We are Privacy and Security We are Openness and Transparency We are a Dream and a Reality We are Bitnation This poetic ending to the Pangea whitepaper by Bitnation, carries with it normative opinions about a world that “ought to be.” In the paper, its authors describe a future in which individuals can establish borderless “nations,” suggesting that nation-states will “become increasingly irrelevant to our everyday lives,” thereby liberating humankind from “the xenophobia and violence that is nurtured by the Nation State.” I encountered this project through my friend Ramesh Srinivasan, a professor at UCLA who explores technology’s relationship to economic, political, and cultural life. In his latest book, Ramesh draws upon the example of Bitnation to introduce the observation that blockchain projects appear to pervasively root themselves in pre-existing ideological convictions. And then goes on to discuss some of the pitfalls associated with this tendency: “Ideology itself is not inherently a bad thing, but when it drives the development of a technology, the result may look good from some angles and half-baked from others. Bitnation’s shortcomings in this regard are part of a wider trend in which people project their fantasies onto blockchain technology.” By contrast, this abstract from the Ampleforth whitepaper (of which I’m an author) is far less poetic — but serves as a straightforward example of what we mean by a positive economic thesis. Synthetic commodities, such as Bitcoin, have thus far demonstrated low correlation with stocks, currencies, and precious metals. However, today’s synthetics are also highly correlated with each other and with Bitcoin. The natural question to ask is: can a synthetic commodity have low correlation with both Bitcoin and traditional asset groups? In this paper, we 1) introduce Ampleforth: a new synthetic commodity and 2) suggest that the Ampleforth protocol, detailed below, will produce a step-function-like volatility fingerprint that is distinct from existing synthetics. The paper simply: Whenever I tell people that I work in the cryptocurrency space, and they start rolling their eyes, I show them the abstract to the Ampleforth paper. Like clockwork, the reactions I get afterwards are almost always of surprise, delight, and notably relief. This “turnaround” happens quickly—even in loud, crowded, environments. It is as if people suddenly go from thinking crypto is full of delusional extremists, to thinking that we’re scientists, engineers, or otherwise “sane” people. Occasionally, they even think I’m onto something. This table, tracking the evolution of Bitcoin’s narrative over time, shows the asset trending towards an increasingly positive economic thesis. Prior to 2017, we saw narratives attaching themselves to the notion of “replacing” sovereign solutions. The implication being that something is catastrophically broken with existing systems of government, and Bitcoin is the solution. Yet after 2017, we see narratives distancing themselves from concepts of government altogether. Eventually, coalescing into an “uncorrelated asset” thesis which embodies the positive economic description of what Bitcoin is today, without diminishing its potential for global-impact or price appreciation. But why the directional change? Doesn’t the angriest person always win on the internet? Have we not fully transitioned into a post-truth era? Perhaps it’s because a great many people now, want to partake in the upside of Bitcoin as an investment asset, but are unwilling to identify with extremist ideologies. After all, normative economic perspectives are seldom agreeable. Or perhaps the litany of false promises left behind by 2017 evangelists has fatigued the world, irrevocably upping the standard of what the public requires as an explanation for why Bitcoin is a good investment. Natural selection? Whatever the case, I’m reminded of this tweet by Peter Schiff in which he gloats about Bitcoin’s price dropping near the end of 2019. My sense is — there’s something interesting going on — when one of crypto’s most vocal antagonists is caught actively reinforcing a narrative that supports Bitcoin, even as he wishes a swift death upon it. Perhaps that’s the power of positive economics. Thanks for tuning in — see you space cowboys + girls,
Updated by evankuo
on April 22, 2020, 10:55 p.m. 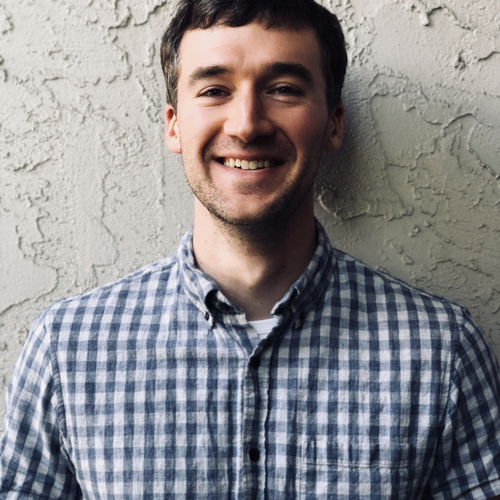 Community Topics View All
How does the ICO software will be beneficial for fundraising?
By: Jacob_Black
As we all aware of the fact that the initial coin offering platform is an absolute solution for crowdfunding. The platform comes up with the advantageous properties thereby supporting the startups and entrepreneurs to raise funds for their business purpose. In most cases, we can accept the real factor that the platform opens up way for connecting with the global investors where the business aspirants to collect funds instead of reaching out a particular group of investors. The traditional approach of crowdfunding in fact does not seems to be good in comparison with the Initial coin offering platform. The Initial coin offering platform is an optimal choice for crowdfunding which can be flexible for users to proceed with the crowdfunding operations in a simple and compatible state. The startups can promote the project in order to develop and enhance the business. The investors can invest in the business project and yield more profit on a fine scale. If you are looking forward to launch a ICO network to start your fundraising campaign. Make use of the ICO software for fine results. The ICO software is an blockchain based program supporting an secured features to handle the crowdfunding operations in a secured layout without any hassles. Moreover, the ICO software is cost and time effective to handle the fundraising process with ease. If you would like to get an fine quality ICO software for your business needs, Prefer Icoclone a renowned service provider offers an best features integrated ICO software. The fine features of the ICO software includes Custom UI/UX system and more. To clarify more about the services, Connect via Whatsapp/Telegram: 91 95005 75285 Email: hello@icoclone.com Skype:live:hello_20214 Website: https://www.icoclone.com/
Updated by Jacob_Black
on March 6, 2021, 1:43 p.m. 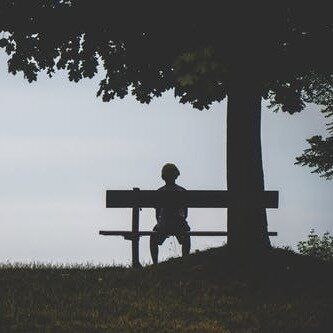 Paxful clone script completely built best suited for your business needs | Get Started
By: Johnpeter1001
Paxful Clone Script is the ready-made website script that is readily designed, developed, tested and ready for installation. With this Paxful Clone script, one can instantly Build their own Exchange platform like Paxful. Coinjoker – As a Leading Cryptocurrency Exchange Clone Script Provider, offers customized and robust exchange solutions to build your own exchange website like Paxful. You can instantly build your exchange website within minutes by our readymade Paxful clone script and earn more passive income with our additional exchange features !! Start your P2P cryptocurrency trading platform like Paxful with >> Paxful Clone Script
Updated by Rosemerin
on March 6, 2021, 10:22 a.m. 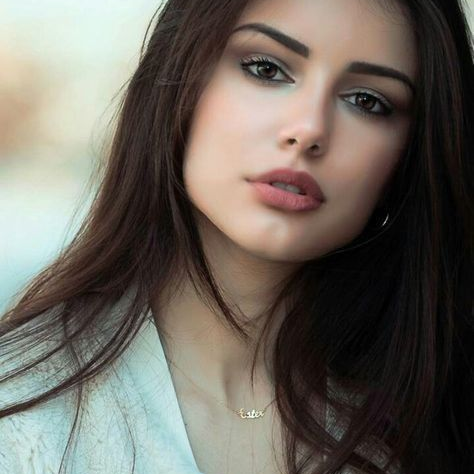